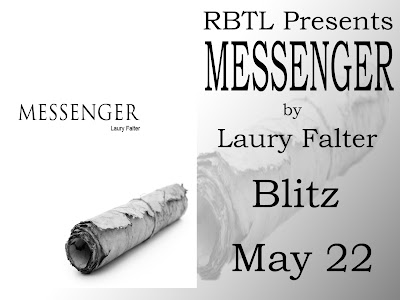 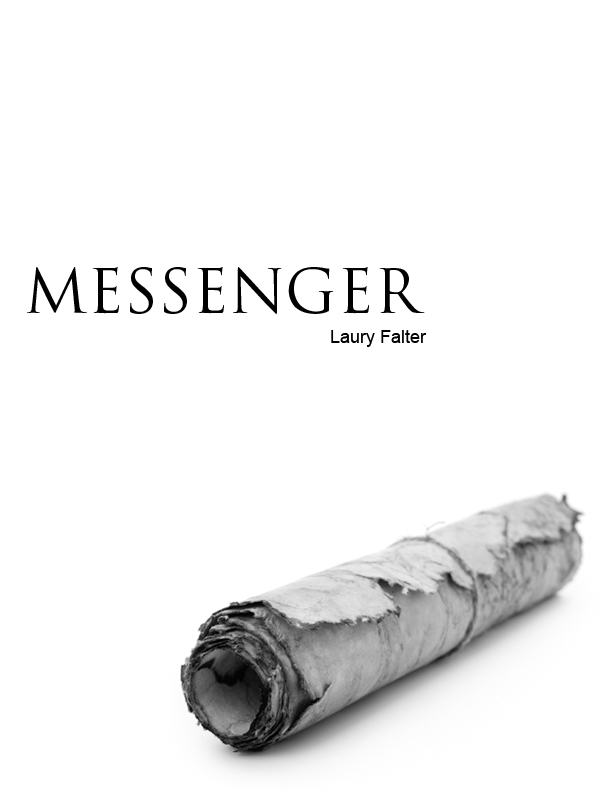 Maggie does not know she is a Messenger. She has never met her eternal lover. She has never survived a Fallen One. All this changes when a Messenger awakens in the Hall of Records only to die moments later, never to return.
As Maggie sets out to determine why the Messengers are suddenly beginning to die, she crosses paths with the infuriatingly appealing Eran and their story begins.
In this riveting account of Maggie's first life on earth with Eran, the star-crossed lover's romance transpires amidst treacherous enemies, their friends' resistance, and their own opposing wills. With the odds against her, can Maggie survive long enough to admit the feelings she has so carefully denied?
Messenger is the first prequel to the bestselling Guardian Trilogy - the breathtaking romantic saga about a love that has lasted centuries between a Messenger and her Guardian.

He strode to me and crouched at my hip. His shirt was already off and the nearness of his well-built chest made it a challenge to stop myself from glancing at it. To my astonishment, he seemed not to notice my internal plight, not even the tremble that shook me when he tenderly took my chin and turned it toward him.
"You're healing nicely," he observed, concentrating on my forehead.
"Mm-hmm." It was all I could muster.
This was the closest we had ever been. His lips were no more than a few inches from me and drew my attention.
"I don't think you'll even scar."
When I didn't answer, I felt a shift in his presence and my eyes darted up to find him staring back with his striking blue-green eyes.
We froze in place.
Only our chests rose and fell, and they did it more rapidly the longer we stared at each other.
As his eyes lowered to my lips, his fingers tightened gently around my chin.
The flare of his nostrils and the intensity of his stare mesmerized me, made me want him closer. And it told me that he was struggling too and was in profound debate over what we were doing. No ward should be this close to their guardian, even if the ward didn't recognize them as one. It was taboo, unheard of, an abject insult to the role the guardian had been given. Yet, here he was, looking at me, at my lips, tensing at the sight of them.
And he wasn't alone in the struggle. For the first time, I forgot my urge to throw him off balance, my need to establish my independence. I was the one quickly losing my poise and forgetting who was dominant. The charm I fought so hard to deny, the very one that drew all others to him, took hold of me. And I gave into it out of my own free will.

Laury Falter is a bestselling author of young adult romantic suspense and urban fantasy. She is also an animal rights activist, a sailor, a one-handed golf putterer, and a Colorado River conqueror.