BLOG TOUR for Soul of a Warrior by Denna Holm 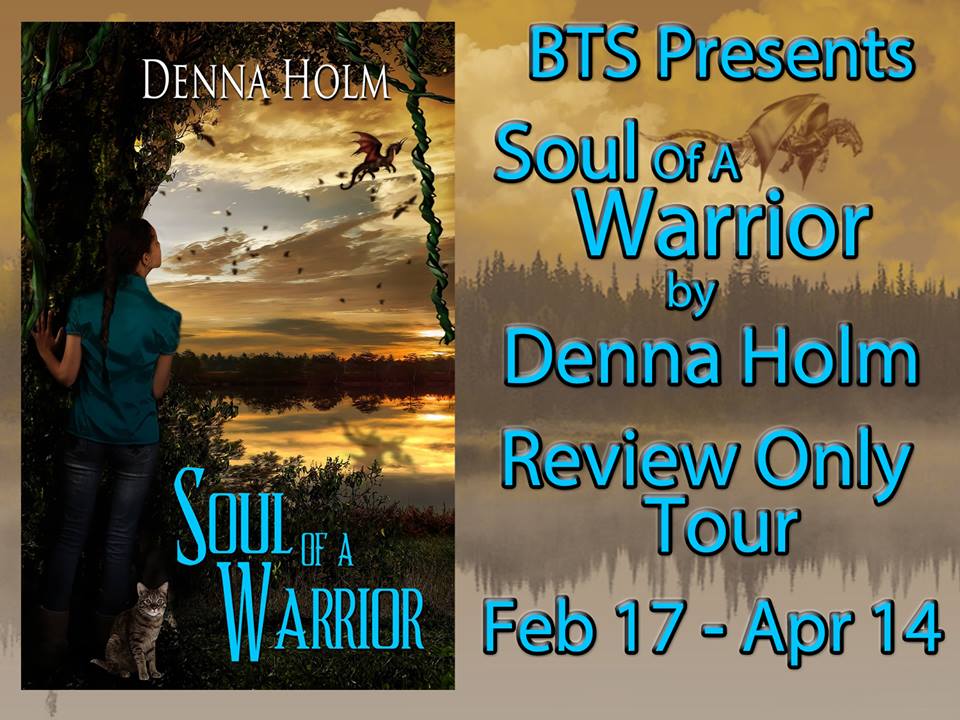 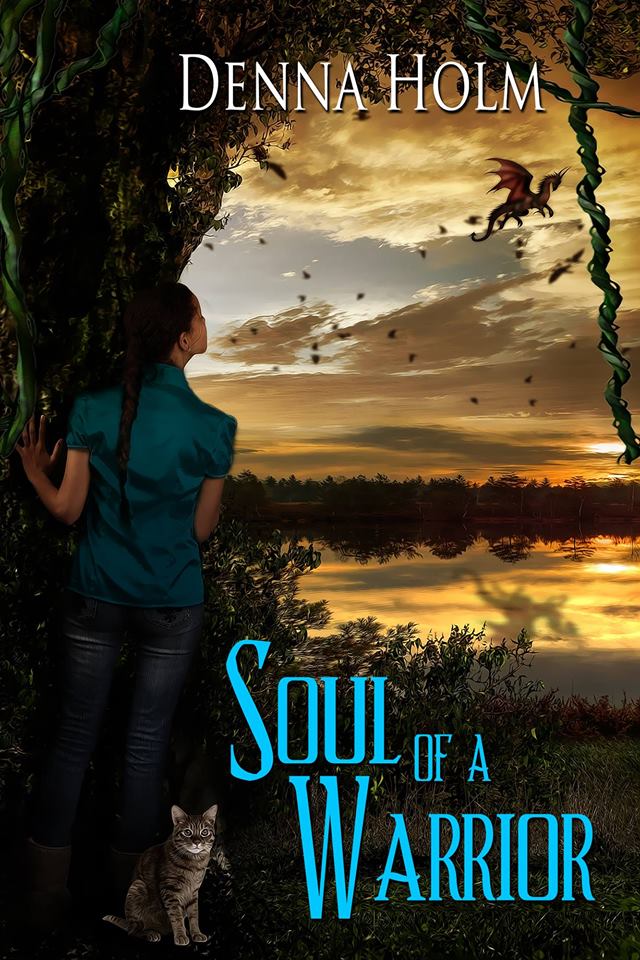 Title: Soul of a Warrior
Author: Denna Holm
Genre: Science Fiction Romance
Publisher: Crescent Moon Press
Release Date: Nov 20 2013
Edition/ Formats Available In: eBook & Print
Blurb/Synopsis:
An act of vengeance leaves three friends and their tabby cat abandoned on a hostile alien world.
Kimi Wicker learns the hard way what it means to have the rug jerked out from under her.  It takes on a whole new meaning when the rug being jerked is Earth and she’s no longer standing on it.
Soul of a Warrior is a science fiction romance that sends Kimi, her two closest friends and a beloved cat on an incredible journey to the planet of Lavina.  Kidnapped by a stranger, they must endure the agony of having their bodies stripped down to pure energy, attached to a beam of light and whisked across the cosmos. Abandoned on this beautiful but treacherous world with no weapons and little information, they face the daunting task of trying to find a way back home again. 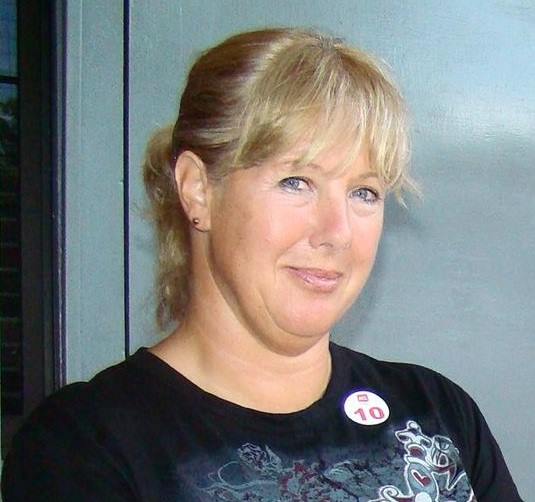 A retired FEI competitor in dressage, she earned her United States Dressage Federation Bronze and Silver Medals.  At the age of thirty she took a chance and stepped out of her comfort zone, entering the exciting new world of dressage. It’s not a move she ever regretted. In the end she believes much of her western training helped her build a closer working relationship with her dressage partner, a thoroughbred racetrack reject named Oregon Sunshine.

After Denna retired from training and showing horses, she turned her full attention to her second passion, writing novels in paranormal and science fiction romance. She was able to use the unique personalities of her many wonderful students to help bring life to her characters. Denna and her husband Lee make their home in the beautiful State of Oregon with their two loyal German shepherds and three spoiled cats. Animals are given a special part in her novels, their offer of unconditional love a lifeline in this oftentimes difficult world.

Soul of a Warrior, by Denna Holm was a refreshing read.  Kimi, thrown onto a new planet, must come to terms with who she is. A new twist on what we have been reading lately, and I give kudos to the author for accomplishing that. The author throws  a mix of different emotions, love, fear, sex, fear  at us, and we take it open handed.  I was on a whirlwind ride as I continued to flip the pages, wondering what Kimi would have to deal with next.  Intrigued with the tale, I look forward to what this author will write for us next.
Posted by Diana Marie Jacobsen at 9:47 AM