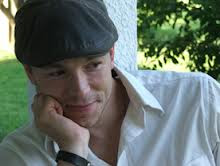 Ben Hatke is an artist, writer and comics creator. He is the creator of the Zita the Spacegirl graphic novels and a contributor to the Flight Anthologies. Ben learned painting through studying the Italian Masters and by training at the Charles Cecil Studios in Florence.


He lives and works in Front Royal, Virginia with his lovely wife and growing family. He loves swords and whistles and juggling and adventures. Breakfast is his favorite meal of the day. 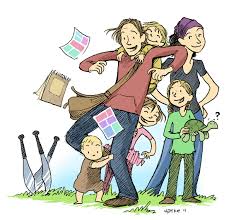 Being able to go to the American Library Association Conference two years ago gave me an opportunity to see what was new out there.  This is where I fell in love with the drawings of Ben Hatke.  He had this adorable book and the main character was a spunky young girl.  I won't go into detail because I want you to read his books, but I of course read them in a day and fawned over the illustrations.  So without further ado, let me introduce you to Ben Hatke, author and illustrator of the Adventures of Zita the Spacegirl. 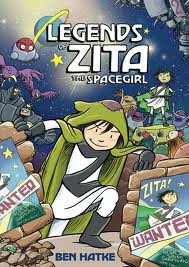 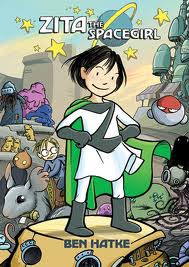 1.  This is the last Zita book.  What can we see from you in the future?  Do you have any new graphic novels in the works?

I wouldn’t say this is the LAST Zita book.  The third book definitely completes a trilogy and ends a chapter in Zita’s life, but I am already thinking about a second trilogy.  She’s too vibrant of a character to say “okay now my adventures are over.”

In the meantime though, I am working on another graphic novel project and I will have a couple picture books coming out starting in 2014.

It’s funny, I still think of us as “The Little Hatke Family,” but i guess we’re starting to be a crowd.  We are currently trying to have a house built on 9 acres of land on the Shenandoah River.  We travel a fair amount and it’s also likely that we’ll be traveling through the winter until sometime next year when the house is finished.

Zita is a bit of a family name.  It comes from a Medieval saint named Zita who lived in the region of Italy where my wife’s family came from.  There is a very beautiful statue of Saint Zita in a town called Pontremoli.
The Zita from the books is a little different, though.

4.  Your daughter likes to draw dragons.  You must have a very talented family. Are there any other artists in the family?

I think we’re all artists!  Not a day goes by that I don’t see the girls all gathered around the table drawing pictures and making stories.  Even my wife, Anna, is working on a very intense sci-fi novel project,

5.  Who is your inspiration for the Zita books?

That would be Anna.  The Zita that we see int he books is a lot like her.  She makes friends easily, and is incredibly lovable, but she’s also capable of dropping a planet on her enemies.  Like Zita, Anna is high energy and a little impulsive.

6.  When not drawing what do you enjoy doing in your free time?

Oh gosh.  Jumping off rope swings, juggling, gymnastics… basically anything active.  When I’m writing and/or drawing I have to sit still, so when I’m not doing those things (and when I’m not reading) I like to be moving around.  I guess Anna’s not the only one who is high energy...

7.  What so you consider the biggest accomplishment in your life?

Wow… that’s tough.  It’s not really one thing so much as the fact that I feel like I’ve been able to break a lot of the rules of being a grownup.  I’m stressed out sometimes, but the fact is, I work at home, and I get to make stories and art.  I travel enough to keep me happy, and I’m somehow able to raise a moderate sized family by doing this.

Oh man!  Now we’re getting to the good stuff!  What I would DO is probably whatever the most experienced person on the ship told me to do.  (I’m assuming that in this scenario I am not in charge of a space ship because NO ONE would put me in charge of a space ship).  I would be happy with ANY glimpse of another planet, but im my heart I would hope to see some kind of life.

9.   Did you take any art classes or are you a natural?

For a long time I worked as a self-taught artist, but I have spent a small amount of time training in Italy, and also I’ve designed for myself different academic self-study courses.  I try to enroll in painting and life drawing classes every couple of years to keep myself learning.

10.   What is the weirdest thing that you have drawn?  What was your inspiration to draw it?

Oh nothing beats the weird, crazy things you draw when you’re a kid.  The inspiration is to make the other person at the table laugh uncontrollably or shoot milk out his or her nose.  We had a character called the Peg Legged Fox that was pretty cool.  He was a fox with two peg legs, two hook hands and an eyepatch.  I don’t know what his deal was.

Please click the link below to follow Ben on his blog. I promise it is quite a joy to read what he posts.  I can tell you I enjoy it immensely.