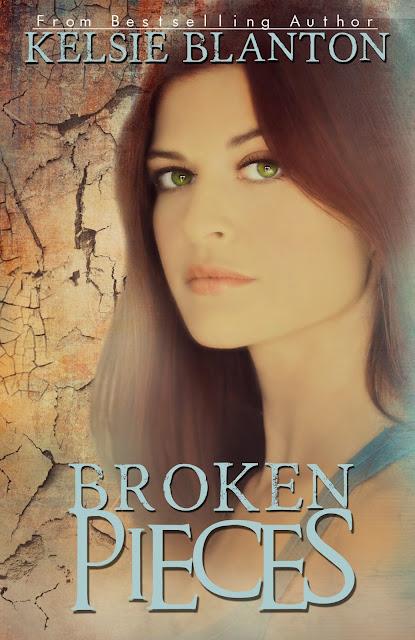 When everything in her life falls apart, Allie Combs is left to slowly piece it back together. In a matter of just a few hours, her life hits rock bottom, and the only person she has to help her through it is her best friend, Macy Philips.

Going on a journey around the world, Allie will learn much about herself. Will she finally let go of the guilt that has consumed her since the accident and live life to the fullest? Can she put the pieces of her life back together and still remember her love’s smile?
Posted by Diana Marie Jacobsen at 10:00 AM No comments: 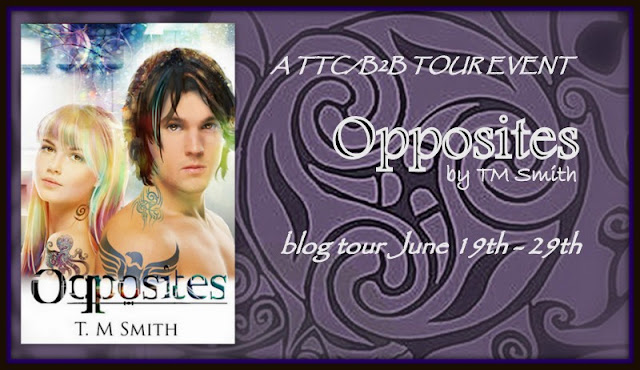 Synopsis:
In the year 2081 our planet survived global warming of an apocalyptic scale. When the dust settled and the water receded Dr. Anthony Smith, one of only a few hundred survivors of GWI, started society anew. Having come to the conclusion that injudicious breeding played a huge role in the destruction of Earth as we knew it in the twenty first century, he worked closely with other survivors to isolate the Dionysus gene. This gene has the ability to manipulate human DNA to ensure that all male children be born gay, and all female children be born lesbians. A new society is born.

In the year 2300 Dr. Smith’s descendants are ushering in the twenty fourth century having maintained control of the government that still rules society. Twins Aiya and Aiyan are preparing to meet their matches and take control of House Gaeland, the current ruling House. But not everything is as it seems.

Love is Love.. it knows no gender and doesn’t conform to restrictions and boundaries. Aiyan has found his soul mate in Kaden, the prince of House Devi that he is matched with and eventually marries. But when the person Aiya falls in love with tests the boundaries put in place after GWI, all hell breaks loose. And in the midst of one secret unraveling, another will emerge. There is a growing anomaly that threatens to destroy over two hundred years of progression. This anomaly is known as Opposites. 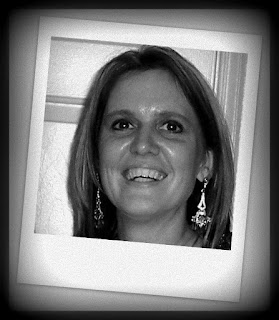 About the author:
A military brat born and raised at Ft. Benning Georgia; Smith is an avid reader, reviewer and writer. She now calls Texas home from her small town on the outskirts of the DFW Metroplex. Most days you can find her curled up with her kindle and a good book alongside a glass of something aged and red or a steaming cup of coffee!

At 42 years young, she’s decided to enter the next phase of her life by adding the title of “author” to her list of accomplishments that includes single mom of three disturbingly outspoken and decidedly different kids, one of which is Autistic. Her two eldest kids and gay best friend were the inspiration for her upcoming new release, Opposites.

Q: How would you change the world? The things around you? The people around you?

Aiyan: Six months ago I would have said I wouldn’t change a thing. But now, after all that’s happened, so much has changed. I look at everything different now, the world, my family even myself. If I could change the world, I’d want to make everything perfect. But Dr. Smith’s intentions were the same, and look where we are now.
I need to take a long hard look in the mirror before I try to change anyone else as far as people go. I almost lost the person that’s most important to me because of my ignorance. So, the short answer is I’d change people attitudes and opinions. Don’t try to judge something that you don’t understand.

Q:  What parts of loving come easy to you? Hard?

Aiyan:  Loving Kaden is as easy as breathing. I don’t even have to try, I just do. The way his eyes light up when I walk into a room, the way he responds to my touch, it’s still sort of surreal at times. It’s hard to deal with him sometimes when he challenges me, but I don’t love him any less for it.

Q:  What are you most afraid of?

Aiyan:  Something happening to Kaden. I almost died when he was kidnapped, I don’t think I’d survive without him.

Q:  What do you hope the readers take from you?

Aiyan:  My outrageous good looks and stunning sense of humor, of course. In all honesty, I don’t know how to answer that one. I’m still a work in progress so for now I’ll say I hope people will see that I was honest and loyal.

Q:  What has been your biggest challenge and why?

Aiyan:  The relationship between Aiya and Sawyer. It’s just unnatural to me that my sister would love a man. As I said though, I’m a work in progress and even though I don’t understand the mechanics of their relationship, I respect how much he adores her. 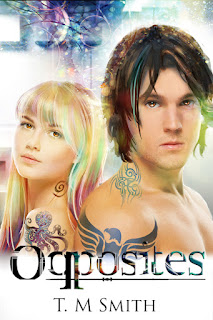 Posted by Diana Marie Jacobsen at 9:00 AM 3 comments: 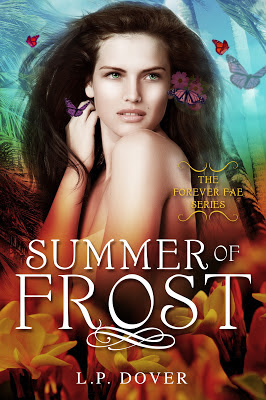 The Land of the Fae is strong with all four courts banded as one, but yet, uncertainty still remains as they all work together to end the dark sorcerer’s evil reign. Sorcha, the one and only Winter Court princess, has a secret, a secret that she has enjoyed keeping for the past six months, but when a much awaited announcement brings her to the Spring Court, and face to face with the man in her dreams, will she be strong enough to keep up the façade of her icy exterior, or will she melt into his arms like she does in her dreams?
After formally meeting Sorcha at the Winter Ball, Drake, Summer Court prince and army leader, knew there was a fiery passion underneath her winter skin, a passion he wanted desperately to ignite with his own, but with her frigid responses towards him he’s decided to keep his distance, except how can he when his dreams feel real. Seeing her again only ignites his interest, and this time he’s not going to let his arrogance or her frosty heart stand in his way.
Through unexpected tragedy, Sorcha discovers the one thing the dark sorcerer has spent his whole existence trying to protect, but what makes it more difficult is that only one of the Four is strong enough to retrieve it. The tides have now changed, and with Drake’s help, will Sorcha find what she’s searching for, or will the dark sorcerer beat them to it, shattering all hope of finding out the one thing that could save the Land of the Fae … how to destroy him. 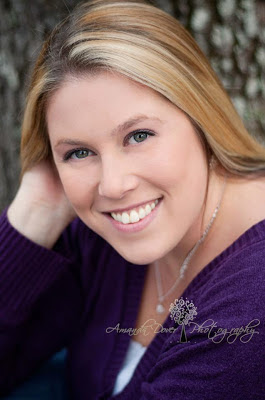 About The Author:
L.P. Dover lives in the beautiful state of North Carolina with her husband and two wonderful daughters. She’s an avid reader that loves her collection of books. Writing has always been her passion and she’s delighted to share it with the world. L.P. Dover spent several years in college starting out with a major in Psychology and then switching to dental. She worked in the dental field for eight years and then decided to stay home with her two beautiful girls. She spent the beginning of her reading years indulging in suspense thrillers, but now she can't get away from the paranormal/fantasy books. Now that she has started on her passion and began writing, you will not see her go anywhere without a notebook, pen, and her secret energy builder….chocolate.
Amazon Author Link: http://www.amazon.com/L.P.-Dover/e/B00AFVV8TG/ref=sr_tc_2_0?qid=1371652203&sr=8-2-ent 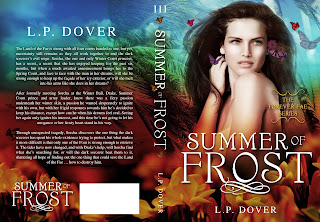 Posted by Diana Marie Jacobsen at 7:00 AM No comments:

Deena is Serving Up Evil and Oh So Good!!!

With a side order of Satan and a dash of two ghosts! 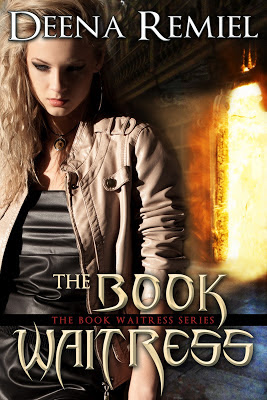 Camille Dutton learned early in life Satan was not to be trifled with. Escaping his evil clutches as a child, she's worried he's come back with a vengeance for her now.
Derek Galloway's inquisitive nature has led him to be an award-winning investigative reporter and straight into the path of pure evil.
When a child vanishes from a sleepy island town, Camille, its subdued librarian, becomes embroiled in Derek's investigation. A satanic cult has plans for the child, while Satan has plans for Camille and the rest of the world. Amidst evil of the most supernatural and human kind, Derek and Camille find a shred of light and goodness in the form of their budding relationship.
First in the Book Waitress NOVELLA Series, the portal between Hell and Earth will be torn asunder, and it will take everything Camille and Derek have and then some to close it. Satan won't go down easy, but nothing worth everything comes without a price.

The Book Waitress by Deena Remiel pulled me in from the very beginning.  If you are a fan of Buffy the vampire slayer this will be your book to read, and it is best served with a side of Satan and a dash of a couple ghosts.     Camille Dutton is a librarian who has dubbed herself a book waitress, serving her patrons books all day.  But what awaits her in her life and work is nothing she ever saw coming.  She soon finds out Satan wants her soul and will do what it takes to accomplish his task. Enter the sexy, socially awkward Derek and you have an evil crime fighting team.  Camille and Derek must do everything to not only protect her but the entire world from the evil that has been unleashed.    This is a story of good vs evil entwined with a bit of romance.  The author has a way of writing evil that will get to the core of your bones, but with a bit of humor thrown in the mix.  I love the quirky characters including the ghosts who seem to be helping Camille at times.


CHECK OUT THE FOlLOWiNg to PURCHASE YOUR COPIES!!!!


BARNES AND NOBLE
Posted by Diana Marie Jacobsen at 9:00 AM No comments: